The project was supported by ifa (Institute for International Relations), German Embassy and European Culture Foundation 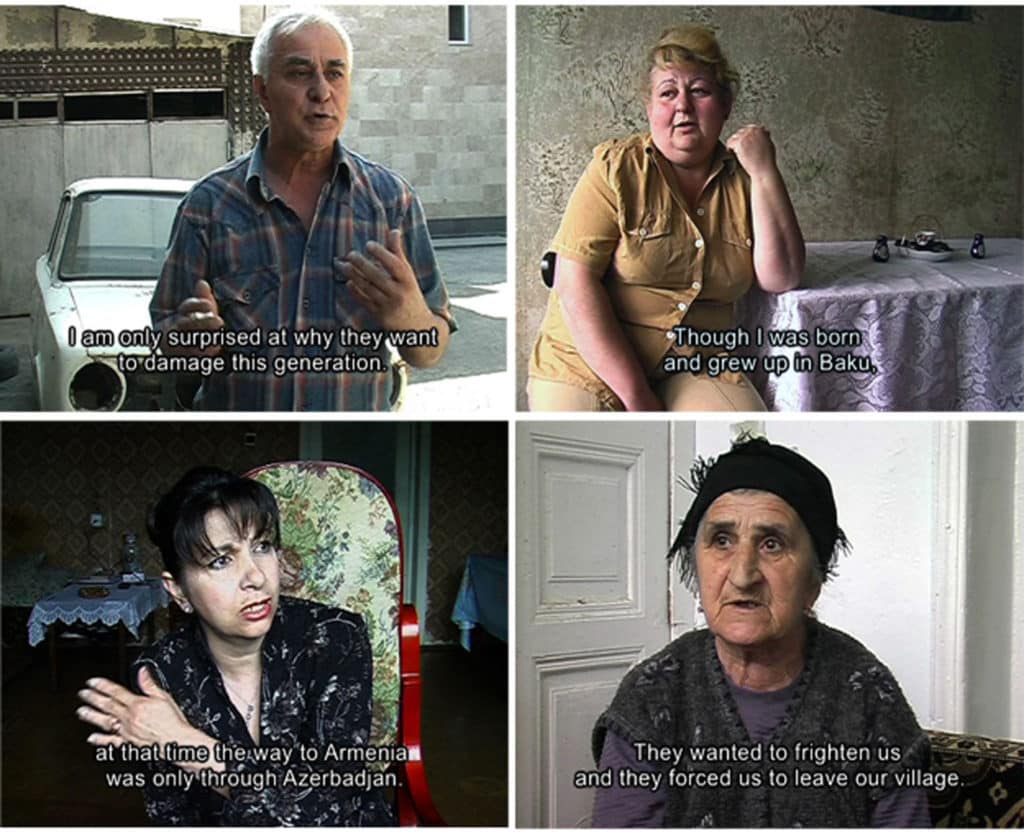 The concept of identity is closely associated with the native country, with “home”. I understand “territory” as a specific space, shaping us as individuals but also on the other hand reflecting our actions. It comprises personal nuances, which are connected to history, nature, politics, domestic environment, childhood etc.

My artistic investigations are in the context of a work in progress long-term project with the title: “Territory of Intimacy” in post-socialist and post-soviet states. It deals with the impact of long standing dictatorship and heteronomy on personal identity, on ethnic coexistence and interpersonal relationships. Substantially for my artistic statement is the intercultural approach for the understanding among in comparison of the cultures.

In my researches in Armenia the huge anchorage of patriarchal structures and an intense aversion for the bordering countries of Turkey and Azerbaijan got me attention. Until now the Armenian population is traumatised by the mass destruction, the Genocide in the beginning of 20th century, which directly affected about every second family. Before the collapse of the Soviet Union a peaceful communal coexistence between different ethnics was argue in the cloak of dictatorship.

But the hostility emerged and broke out in conflicts after the independence movements of the postSoviet states. The tension with Azeri and also Turkish neighbours escalated and led to a wave of refugees. Since then the borders between these countries are closed and sealed. An attempted rapprochement seems to be difficult. Also Armenia seems to me as a country where holding on to patriarchal structures and traditions, obviously in the role behavior of man and woman, the life and the everyday life in the country. It looks to West Europeans misogynistic and out-dated. I suppose therefore, maintaining the domestic roles of the traditional family model is an arbitrary indication of Armenian identity.

The two aspects, patriarchy and violence between the cultures seem to me close together. To follow this assumption in collaboration with the Armenian artist Mkrtich Tonoyan we conducted video interviews with Armenians refugees mainly women, who have lived for several generations in a mono-cultural as well as in a multicultural society in Azerbaijan. Our questions focused on their origin, family, and their intercultural coexistence, circumstances of their deportation, suffering of violence, their arrival in Armenia and their hope. From the answers it arises that search of identity and definitions of homeland are particularly pronounced with refugees and emigrants. During the interviews I came across a quality in the people I questioned a certain heroism and pathos that apparently is closely connected with their concept of native country or homeland. However also contraries appeared: Although the interviewees are Armenians, before their escape they spoke no Armenian, but only Russian and Azeri. The traumatic experience caused by the Genocide and massacres has continued through several generations. Solutions of conflicts thereby obstruct themselves in this region. Maybe the search for alternatives for a multicultural coexistence in the Caucasus needs another generation.

From Overseas » « Territory of Intimacy//
Formosa imagination
This website uses cookies. If you continue to use the website, we will assume that you have given your consent. Find out more.