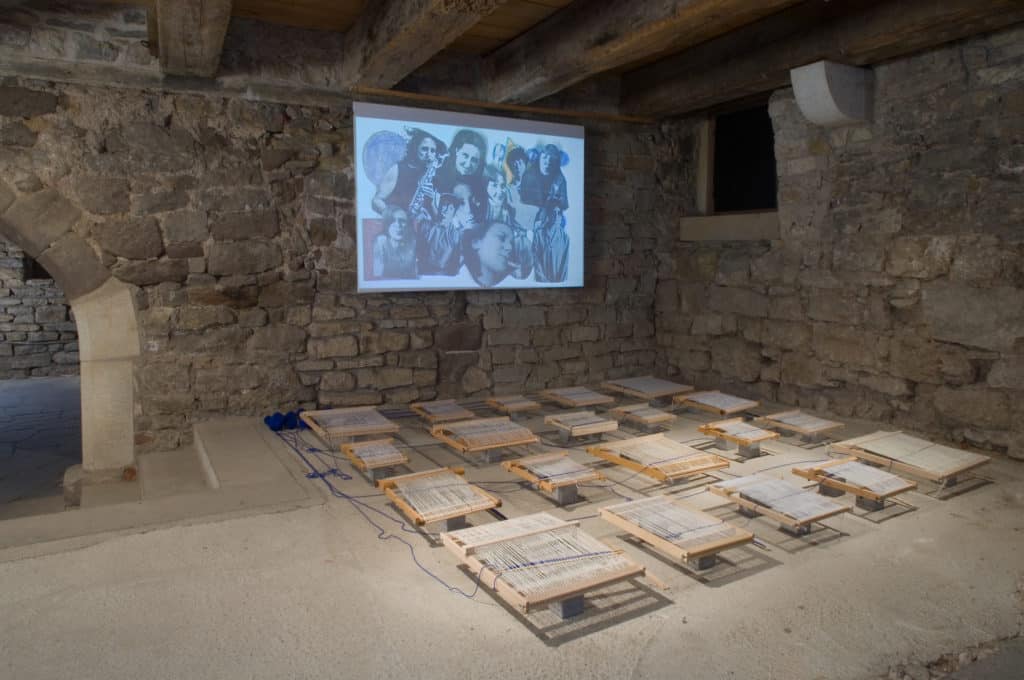 When Walter Gropius founded in 1919 the Bauhaus School he proclaimed a new work program. The statute corresponded to a new type of progressive policy, which expressed an interest in the involvement of women at universities and art academies. The Bauhaus concept contained the idea of connecting craftsmanship with art and filled a lot of young women with such an enthusiasm that they applied in masses for a registration, The high women proportion alarmed the Board of Masters, because they had difficulty breaking down the preconception, that art creating women keep themselves busy with handicraft for time filling. Therefore, the female Bauhaus students weren’t accepted for many courses. Women were given preference in weaving, whereas the male students could choose all workshops in the Bauhaus institution. In 1920 the „Women Class” was founded and interconnected with the weaving workshop. Behind the set up of this course was the hidden idea to keep all female students in distance from all other work subjects. Many female students were forced to the weaving workshop from the Board of Masters. In the theory of the Bauhaus artist Jonannes Itten the circle and the color blue are corresponding to the female whereas the square and the color red are relating to the male.

In the hand painted animation movie this symbolic will be used and positioned in the context of the gender conflict. The looms refer to the Women’s Course. The blue circles are continuing in the blue wool balls. The wool is connected with the looms or hangs between the looms, arranged in a row, as single ragged pins. The wool pins symbolize the life routes of each of the female Bauhaus artists from the former Women’s Class.

Made in Bangladesh » « Omani Song Book
This website uses cookies. If you continue to use the website, we will assume that you have given your consent. Find out more.