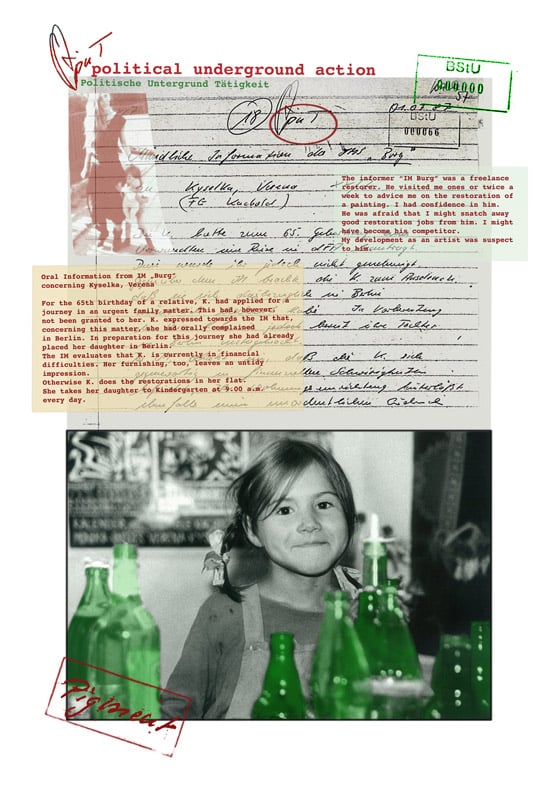 My Stasi file OPK code-named ‘Pigment’ (Operative Control of Individual) was opened in 1993. The file mostly contains handwritten and typewritten texts about myself which the Stasi (Ministry of State Security) officer had written down following the verbal reports given by Informers (IM’s). These reports include information about me, my environment, family, circle of friends and acquaintances, home, activities and plans. What is written in these files mainly concerns banalities, which through the initial, orally received interpretation of the informant, and the written-interpretation of the Stasi officer, become subversively active.

In Pigs like Pigments I reconstruct the real facts that lay behind the contents of my Stasi file, presented from the point of view of the observers. What really happened and what was reported? Three aspects of information are demonstrated in an installation:

1. Written reports by the Stasi officer: his personal projections about me that originated from the verbal reports of the Informant.

2. The verbal report of the Informant. The note “the IM reported openly and objectively” is often added at the end of the written report. What did this mean? Was it just a formality or does it characterise the informant as an upholder of the truth? Could it be that the report was influenced by the informants’ own thoughts and perspectives?

3. Testing my memory against the observation of the Stasi Informant’s record of me in the files such as what did I do at a particular place and time; what did I think; what did I write in my diary; what did I buy; which clothes did I wear?

The three aspects of observation show how ordinary everyday life can be falsely interpreted as subversive activity, recorded and filed, to be used as evidence against you. As examples they reflect the misinterpretations and mechanical misconceptions produced by modern systems of ‘total observation’ which are increasing and haphazard. 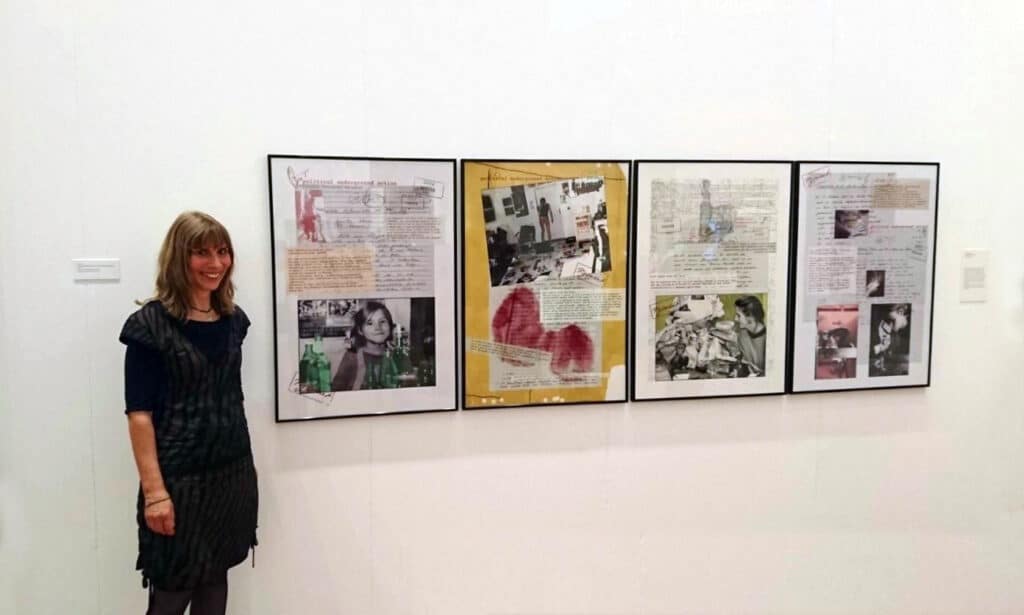